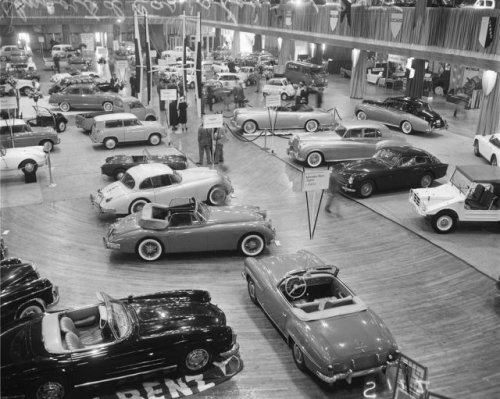 On January 9, 1958, Japanese cars were first presented at the Imported Motor Car Show in Los Angeles, USA. The honor of representing the Land of the Rising Sun fell to the brands Nissan and Toyota. Their cars entered the US market under the names «Datsun» and «Toyopets», respectively.

In fact, there is information that Japanese cars had previously tried to get onto the North American continent, but the concerns were unable to resolve the issue at customs. In 1957, both Toyota and Nissan decided to explore the capabilities of their products on American roads officially.

The Toyota proved unsuitable for the hilly roads of Los Angeles, although in Tokyo the taxis received only the most flattering reviews. Plus, the head of the American department of the company was against being called «Toyopets» in the United States: the first part sounded as an English word «toy», and «pet» was firmly associated with dogs.

Datsun’s tests were more successful, in particular, the car won an uphill drag race from the Volkswagen Beetle, which was part of the test program on American soil. As a result, both brands presented their models at the exhibition in the «City of angels», with some modifications and improvements. The judges rated Toyota cars slightly higher, but noted they were overpriced for the US market. Apparently, this was the reason for their short existence overseas at that time: already since 1960 this Japanese brand has disappeared from all car dealerships in the country for 7 years. Datsun, by the way, in addition to the sedan, presented a pickup truck, so they quickly filled both the market and the streets of Los Angeles.