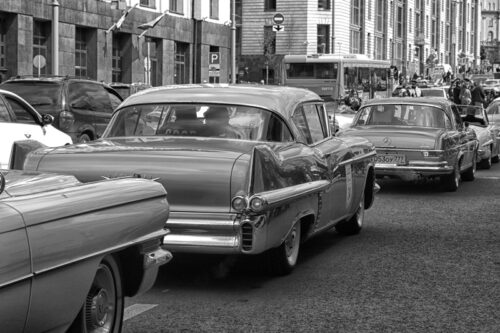 The coming of 2021 was awaited by most of the world’s population with unprecedented enthusiasm. It seemed that already on January 1 everything would change and the restrictions emerged due to COVID-19 pandemic would gradually come to naught, and eventually disappear from our lives once and forever. But, as often happens, the Universe has its own plans, and the new year began under the sign of another wave of precautions being introduced around the world. Consequently, the organizers of some events have decided to cancel or postpone them to a later date.

In December, we learnt that the second edition of the winter rally from the organizers of the Mille Miglia — Coppa delle Alpi — was postponed to 2022.

The Rallye Monte-Carlo Historique also failed under the onslaught of COVID-19. The organizers decided to cancel the event, since the situation in the region does not allow holding it in the usual friendly and festive atmosphere.

Much to our regret, this year there will also be no Concorso d’Eleganza Kyoto. As Founder and CEO Hidemoto Kimura said in an official statement, «the Organization Team of 2021 edition of Concorso d’Eleganza Kyoto was already working hard to prepare a wonderful event, but unfortunately the Covid19 pandemic situation is still affecting the entire world in a sadly unpredictable way, with severe restrictions on events organization, logistics for traveling and cars shipping».

«The variables and uncertainties involved still are and will be, also in 2021, too many and, for this reason, I have taken the sad decision to postpone again the Concorso d’Eleganza Kyoto».

The ongoing Covid-19 pandemic in the United States has prevented the organizers of the Cavallino Classic from holding the 30th anniversary event on schedule. Ferrari, Bugatti and Alfa Romeo fans this year are now welcome to sunny California from 22 to 25 April.

The famous competition of elegance on Lake Como in Italy also suffered from the circumstances. Despite the fact that there was still quite a lot of time left before the planned date, the BMW Group responsible for organizing the Concorso d’Eleganza Villa d’Este decided to secure the participants, and now the event will not be held on May 28-30, but in the fall, from 1 to 3 October.

Poltu Quatu Classic, compared to the previous event, have postponed their luxury car festival by just a month. Thus, instead of the previously announced date of June 4-6, the competition on the territory of the Poltu Quatu hotel in Vita Smeralda will take place from July 2 to 4.

Retro-rallies have also suffered in light of current events. Unfortunately organizers decided to cancel this year’s Per Ardua ad Infinitum — South West, but kept HERO Challenge One (01-09.05) and A Novice Trial (21-23.05) in their calendar.

Peter Auto have refreshed the yearly events calendar. According to the updates of the calendar by Peter Auto there will be 5 events from the French planned for the current year: Grand Prix de l’Age d’Or (June 4–6), Historic Racing (July 3–4), Nogaro Classics (July 23–25), Vallelunga Classic (September 10–12) and Estoril Classics (October 8-10).
Besides, the company is planning on holding two rallies: Rallye des Princesses Richard Mille in association with Zaniroli Events (May 29 – June 3) and Tour Auto Optic 2000 (August 30 — September 4)The race on the famous Circuit de Sarthe – Le Mans Classic — was postponed to the first or second weekend of July next year. The organizers promised to announce the exact date in September this year.

The organizers of Retromobile Salon decided to cancel this year’s event on March, 9 due to the COVID-19 pandemic in Europe. Artcurial has, respectively, canceled planned auction dedicated to the event.

Some organizers have decided to postpone their events to a later date. The reason was the next wave of coronavirus in Europe. Terre di Canossa thus will take place from 20 to 23 May. The Scottish Malts, Tulpenrally, The Pyrenees 1000 Rally have moved to September and early October, but there is no guarantee that the events will take place on the announced date.

Unfortunately, despite the stability of the Italian Regularity Rally Championship, the organizers of the most beautiful road race in the world — Mille Miglia — decided to postpone it until June. This year, from June 16 to June 19, 375 crews will fight for the victory.