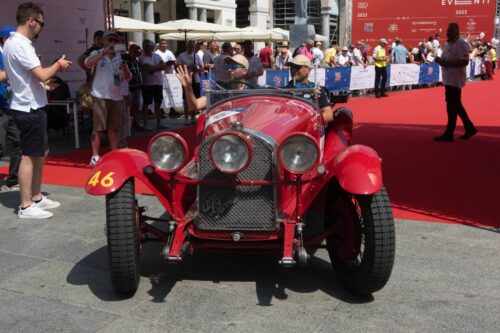 Andrea Vesco and Fabio Salvinelli won the Mille Miglia 2022 driving the Alfa Romeo 6C 1750 SS Zagato (1929). Vesco became third rider in history of the legendary rally, who won it three times in a row. Previously similar result was achieved by Giualino Cane (1998-2000) and Clemente Biondetti (1947-1949). For Salvinelli this is the second victory in a row, and he is compared in terms of their number with another co-driver who has performed for more than a decade with Vesco — Andrea Guerini.

Andea Belometti and Gianluca Bergomi become runner-ups for the second year in a row. In top three also included the family crew of father and son — Lorenzo and Mario Turelli.